This Sunday we continue on our quest from the Parables of the Hidden Power to the new community.  This week we have the Confession of Peter, and the theme remains the same: it is the Power of God that builds the Community of the Church.

Our first reading is from Isaiah 22, from the section where he is proclaiming punishment to various parties.  This reading is a two-edged sword. 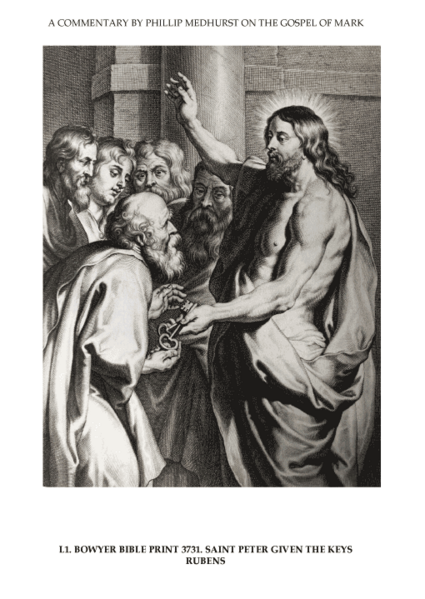 It culminates in the lines: “I will place the key of the House of David on Eliakim’s shoulder; when he opens, no one shall shut, when he shuts, no one shall open.”

“I will place the key on Eliakim” is parallel to Christ in our Gospel telling Peter, “I will give you the keys.”

But the Lectionary makes us read the background, which is ominous.  The prophecy is less about Eliakim than about Shebna, his predecessor: “I will thrust you from your office and pull you down from your station. . . . I will clothe him [Eliakim] with your robe, and gird him with your sash, and give over to him your authority.”  The Lord gives, but he also takes away.

Now at first glance, a reader, whether a Protestant or certain strands of conservative Catholics today, might think this reading justifies deposing a leader, even a holder of the keys, a successor of Peter.  But the point is the opposite.

Throughout the Bible God says, “Vengeance is mine” – and the point is, it isn’t yours.  Oh, God can depose a Pope (through death).  But no one else can.  “I will thrust you from your office.”  And “I will fix him like a peg in a sure spot.”  I, no one else.

The bigger point is that it is God who gives the power.  Peter rules not by virtue of his own personal excellence, but because God rules.  That is the point of the keys.  The Lord puts the keys “on Eliakim’s shoulder,” so that they are obvious to everyone who holds the keys: the keys are a visible institution, not some hidden preference of who you think is the best.  And the keys really work: they open and shut the doors.

But it is the keys that do the opening and shutting, not the person.  It is not Francis, or Benedict XVI, of 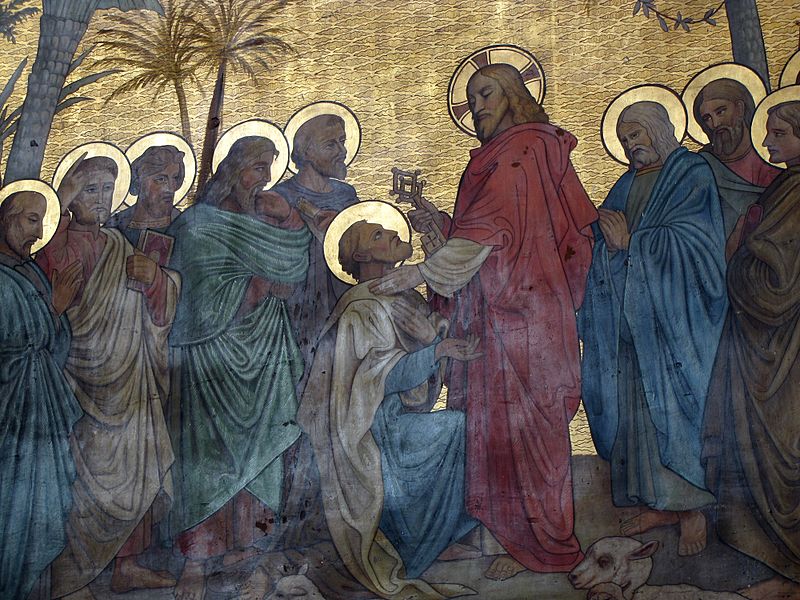 John Paul II, who has the divine power given to Peter.  It is the papacy itself.  That’s not to deny the holiness and brilliance of all of them, or the personal initiatives that they take with that power.  But it is the papacy that holds the power, because ultimately it is God, not man.

People sometimes think Catholicism exalts human power.  To the contrary, the sacraments, including the offices of priest, bishop, and pope, free us from an over-reliance on individual authority.  I trust in the papacy, which is a work of God, not in this or that human authority.  I go to Mass for the Eucharist, made present through the priesthood, whatever miserable wretch the priest might be.

Why does God choose this man or that?  “How inscrutable are his judgments and how unsearchable his ways,” says our reading from Romans.  We can ponder what God is doing, we should, but in the end, it is he who rules the Church, not we.

The first key line in our Gospel, then, is when Jesus says, “Flesh and blood has not revealed this to you, but my heavenly Father.”  It is God who reveals, God who builds up Peter.  The Lectionary dwells on this incident, and next week we will see the next verses, where Peter fails.  Jesus then says, “You are thinking not as God does, but as human beings.”  The power is God’s, not Peter’s.

Then comes an obscure line, “the gates of the netherworld shall not prevail.”  Commenting elsewhere on 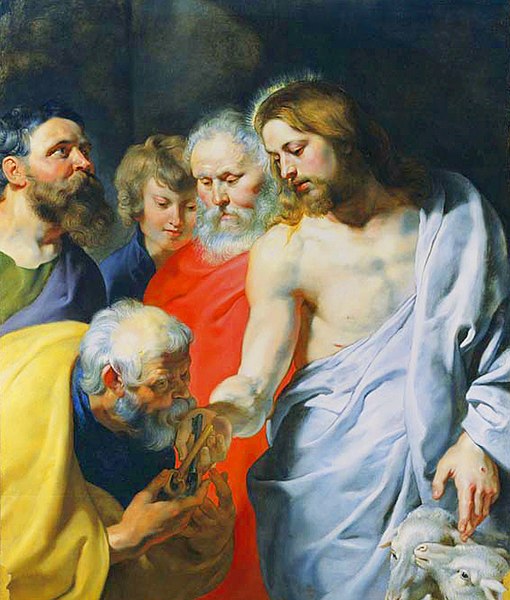 Christ the corner stone – literally, “the head of the corner” – St. Thomas points out that often in the New Testament, the image of the Church is upside down.  The cornerstone is at the top, the keystone of the arch.  We build from the bottom up, but God builds from the top down, the whole Church hanging from the top.

Here, the image is of a Church is built on the rock of Peter, as Jerusalem is built on the rock of Mount Zion, and with gates underneath, trying to drop the holy city down into the netherworld.  It’s not so much the strength of the rock, of this or that man, that holds up the city.  Rather, the Church hangs from above.  “I will build my Church.”

“Then he strictly ordered his disciples to tell no one” – and next week he begins talking about the Cross.  Because we understand nothing of the power of God until we see it in the Cross.  Only there do we learn how radical is the bond between God’s power and human weakness.

How could you lean your life more on the strength of God in the institution of his holy Church?