Our Gospel for this week is the parable of the eleventh hour: “These last ones worked only one hour, and you have made them equal to us, who bore the day’s burden and the heat.”

Sent into the Vineyard

It comes in the middle of what we could read as two chapters on the evangelical counsels, poverty, chastity, and obedience.  After the Sermon on the Parables, Jesus discusses the obligations of marital fidelity.  The disciples say, “If this is the case of the man with his wife, it is not good to marry,” and Jesus says that some are called not to marry.  Nice that chastity is presented here both as the radical fidelity of celibacy and the inconceivable radical fidelity of Christian marriage.

Then the rich young man can’t leave his riches; the disciples say, “Who then can be saved?”; and Peter proclaims, “We have forsaken all and have followed you.”  Commending their fidelity, Jesus for the first time says, “Many who are first shall be last, but the last shall be first,” which is also the conclusion of our parable.

Our parable, the eleventh hour, comes next, followed by Jesus’s third prediction of his death and a discussion of power (and thus obedience): James and John’s mother asks for them to sit at his right and left as judges, and he replies that they must die with him.  He concludes, parallel to “the first shall be last,” “Whoever desires to be chief among you, let him be your servant.”

The eleventh hour somehow fits in the context of the death (and resurrection) which is the radical fidelity of poverty, chastity, and obedience, to which we are all somehow called.

It fits, too, in the context of our first reading, where Isaiah tells us that we should turn to the Lord from our wickedness, because his thoughts are not our thoughts.  He does not reject the convert of the eleventh hour, nor does he like our idleness till the twelfth hour or our anger at his mercy.

And the context of our second reading, where Paul, in our first reading now from Philippians, tells us that for him life is Christ, death is gain, and he lives his life for Christ and his people.  We are called to “conduct yourself in a way worthy of the gospel of Christ.”

The parable of the eleventh hour, then, is about that conduct, that conversion, and that radical death and resurrection which is the way marked by poverty, chastity, and obedience.

Notice, first, that the master of the vineyard “went out at dawn,” and then again and again throughout the day.  At the end of the day, he has his “foreman” pay the wages, showing both in the foreman and in the wages that he has others who can go out for him.  (And as he scoops up the last idlers, we see he doesn’t need a talented talent scout: he could have sent his lowest servant to the highways and the byways.)

Christ is that master, going in search of the lost.  In that respect, this parable echoes many others. 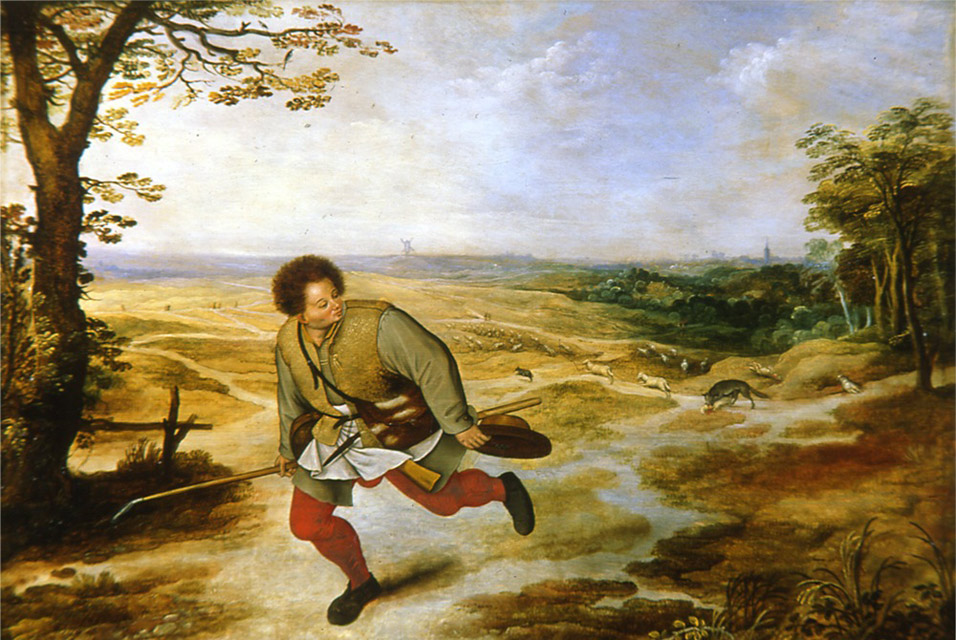 Faithless to the Call

Notice next that he sends them into the vineyard to work.  In the next chapter, he will tell two parables about vineyards, one in which the Father calls his Son to work in the vineyard, the other in which the landowner demands his fruits.

Yes, he is merciful, even with those of the eleventh hour who come into the vineyard at the end – but he calls us to work for his kingdom.

So too in our parable we hear the landowner say, “I will give you what is just,” or righteous, then later, “I am not cheating you,” literally, “I do you no unrighteousness.”  It’s all the same Greek word.

Christ is the Vineyard

Finally, notice the unrighteousness of the workers.  Those who came first complain of his generosity, like the elder brother of the prodigal son.  But with those of the eleventh hour, as with the prodigal himself, he changes his call, from, “You too go into my vineyard,” to “Why do you stand here idle all day?”  “Here”: where he has come, where he has called, where he has seen you.

They answer, “Because no one has hired us.”  In Greek it can also be read, “no one has paid us.”  I’m not going to work until I see some money!  Well, that is not righteous, and that is not how we receive the righteousness of God.

How have you resisted the call to enter radically into the vineyard?