This Sunday the Lectionary gives us another of Mark’s splendid “sandwiches.”  The story opens and closes with the resurrection of Jairus’ daughter.  In the middle is the story of the woman with a hemmorhage.  Together, they show the many working of Jesus, the wideness of his mercy. 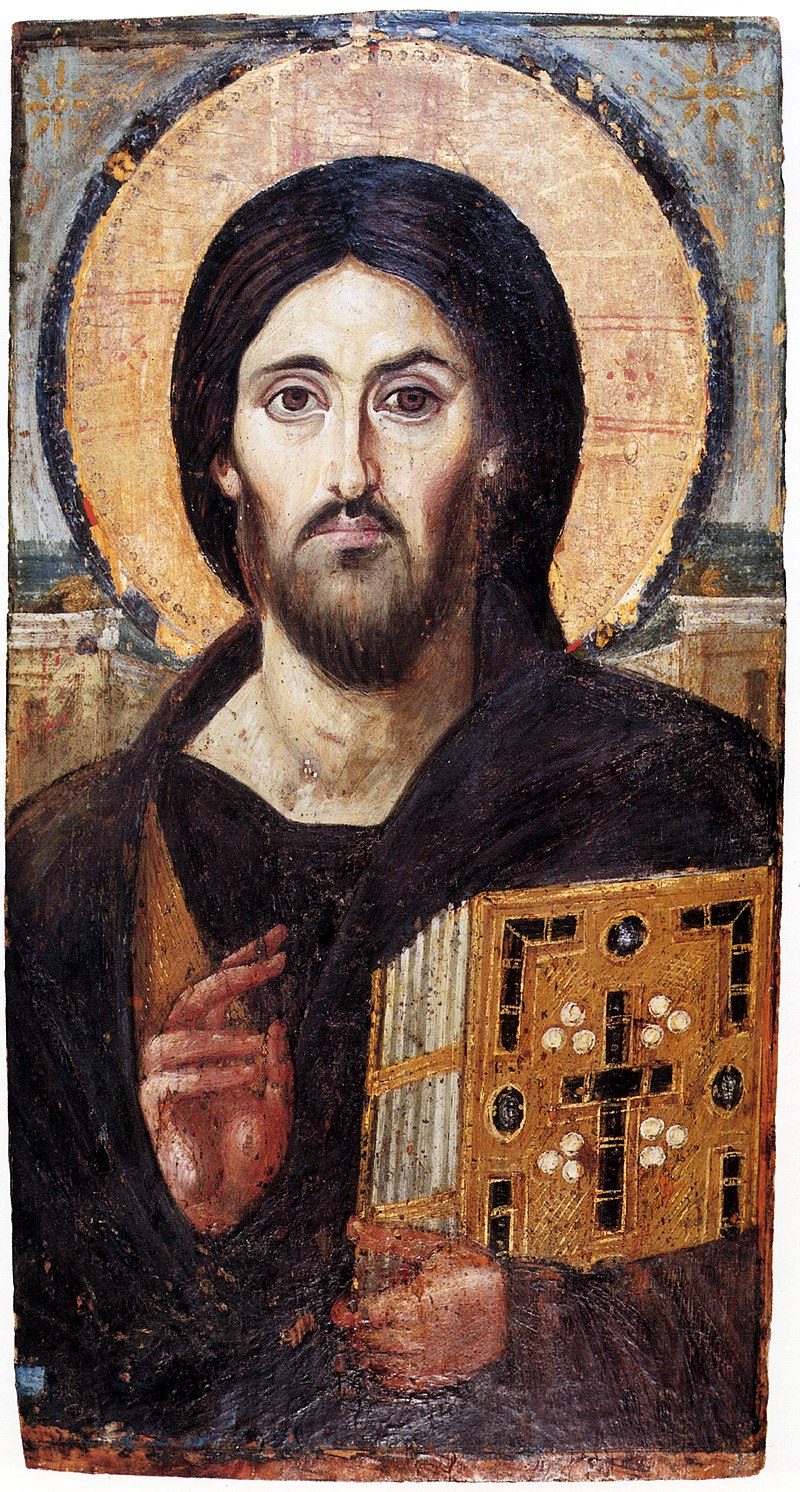 At the heart of our Epistle, our second-to-last Sunday reading Second Corinthians, is the curious word “equality”: “As a matter of equality your abundance at the present time should supply their needs.”  The word means “likeness,” or “matching up.”  “Though he was rich, for your sake he became poor, so that by his poverty you might become rich”: his poverty somehow matches up with our poverty so that he can match us up with his riches.  He does “gracious acts” so that we can do the same.

The reading brilliantly pairs with our reading from Wisdom.  “God did not make death.”  He doesn’t want us to suffer, that isn’t the point of death—but there is some kind of “match up.”  On the one hand, a match between the “imperishability” and “image of his own nature” that he gives us, so that we can match up with his richness.  On the other hand, a kind of match-up—not yet quite in sight in the Old Testament—between our death and Christ’s, his resurrection and ours.

In short: Why is there suffering in the world?  So that Christ can heal it.  They “match up.”

The Gospel is exquisite.  Mark is short; scholars claim it must have been written first because it is primitive.  But there is nothing primitive about this passage.  Here, Mark is longer and more detailed—and richer—than either Matthew or Luke.

The sandwich encourages us to see the two stories together.  Two sick girls.  The woman has been bleeding “for twelve years.”  We later learn (Matthew doesn’t have this detail) that the girl was “a child of twelve.”  Jesus calls her “Little girl” and her father (in a detail our translation leaves out) calls her his “daughterling,” his little girl, but that signifies more about her station than her age. 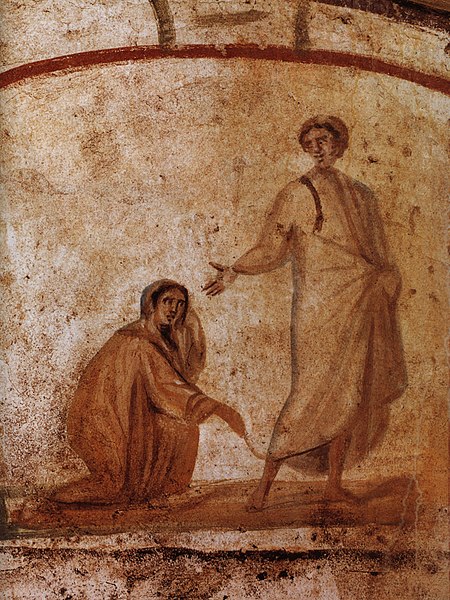 The woman’s infirmity is obviously connected to her reproductive system—there is some sort of match-up between daughterhood and motherhood.  The two are the same, and opposites.  Jesus calls the woman, too, “daughter”: “Daughter, your faith has saved you.”

The woman hasn’t died, but the language is dramatic.  When it says she had a “flow” of blood, the Greek word doesn’t mean “trickle,” it’s the word you use for a current in a river.  She has “suffered” from the doctors.  But when he heals her, it says her “fountain” of blood becomes “arid,” like scorched earth.  At the end he calls it her “scourge,” the thing you get beaten with.  She does not rise from the dead, but her situation is awful, humiliating, and dramatic.

The ways of approach are opposite.  The woman approaches for herself, the child’s father approaches for her.  The woman is in a crowd “pressing on” Jesus, so that her touch is only one among many; the child is in a house, where Jesus keeps the “commotion” outside.  He “looked around to see who had” touched him; he was the only one who touched the little girl, and the small crowd in the house—only the father and mother and three disciples—were watching closely.  The father orders Jesus to come with him to his home, the woman tries to touch him without being noticed—but the story ends with Jesus giving the father a command (“give her something to eat”), but only generosity to the woman (“go in peace, and be healed”).

Mark alone gives us the Aramaic: Talitha koum.  It is his own version of when John says, of the water and blood at the Cross, “He who saw it has borne witness—his testimony is true, and he knows what he is telling.”  Mark, of course, was not there—but Peter was.  Mark is also the only one to tell us that Jesus called God “Abba” in the Garden (where again only Peter, James, and John were with him); and that Jesus said “Ephphatha” to the man who was deaf and dumb, after “taking him aside from the crowd privately”; and that James and little-brother John were called “Boanerges, that is, Sons of Thunder”; and even that Jesus used the Aramaic “Corban” to discuss false vows of poverty and that the blind man was named “Bartimaeus.”

The scene in the house is parallel to the Transfiguration, where again Jesus will take just Peter, James, and John to see his glory.  This is the only time Jesus raises the dead in Matthew and Mark (though Luke has a mother’s son to parallel the father’s daughter).  Mark and Peter use the Aramaic to indicate the intimacy of the scene: I was there, I remember the words he said.

But in a different way, the crowd scene, too, is so dramatic: the pressing in, the grasping of the cloak, Jesus “twisting around” and “looking about,” the woman falling on her knees and telling “the whole truth.”

Taken together, these scenes show the universality of Jesus’s mercy.  In intimate silence and in the crowd, in our youth and our old age, in death and in humiliation, when we call out in strength and when we fall on our knees in fear—Jesus is there.

Where don’t you seek the Lord?