The first three Sundays of Easter give us accounts of the Resurrection; the fourth Sunday is the Good Shepherd; and the following Sundays of the season are about the Eucharist.  Meanwhile the first reading is from the early chapters of the Acts of the Apostles, and the Epistle is from 1 Peter, 1 John, or Revelation, depending on the year.  We spend Easter pondering the meaning of Easter – and finding it in Jesus the Good Shepherd’s care for the infant Church, especially through the Eucharist.

This week we read the Road to Emmaus, from Luke’s Gospel.  Like the Easter Lectionary, those disciples are grappling with the meaning of Easter – and they find it in the Good Shepherd, revealed in the Eucharist.

A word central to all three readings and the Psalm is hope.  As Jesus talks to the disciples on the road to Emmaus, they say, “We were hoping that he would be the one to redeem Israel.”  Of course they are right, he has redeemed Israel.  But not the way they expected.  They were prevented from recognizing him walking along with them – but they were also prevented from recognizing him as their redeemer and hope on the Cross.

Luke, the author of our Gospel and of the Acts of the Apostles, is concerned with abandonment.  In Matthew’s and Mark’s Gospels, which Luke seems to have had before him while writing his own, Jesus’s only words on the Cross are “Why have you abandoned me?”  Now, he is citing Psalm 22 which, the Gospel writers expect us to know, tells how even in what feels like abandonment God has not abandoned us.

But Luke wants to make it more clear, so he tells us about another Psalm Jesus prayed, Psalm 31, “Father, into your hands I commend my spirit.”  Jesus was not abandoned.  Nor did he abandon us: Luke also tells us of Jesus saying to the Good Thief, himself abandoned on the Cross, “today you will be with me in Paradise,” and even of the morally abandoned people who crucified him, “Father, forgive them.”

In our reading from Acts, the same Luke reports Peter beginning his preaching at Pentecost with Psalm 16: “You will not abandon my soul to the netherworld.”  It’s the same Hebrew word for abandon as in Psalm 22.

The disciples on the Road to Emmaus feel abandoned.  Christ was not the redeemer, he was abandoned on the Cross, and so we too are abandoned.  But this is the first thing they need to know about Easter: we are not abandoned.  “Therefore,” says our Psalm, “my heart is glad and my soul rejoices, my body, too, abides in confidence; because you will not abandon my soul to the netherworld, nor will you suffer your faithful one to undergo corruption.” 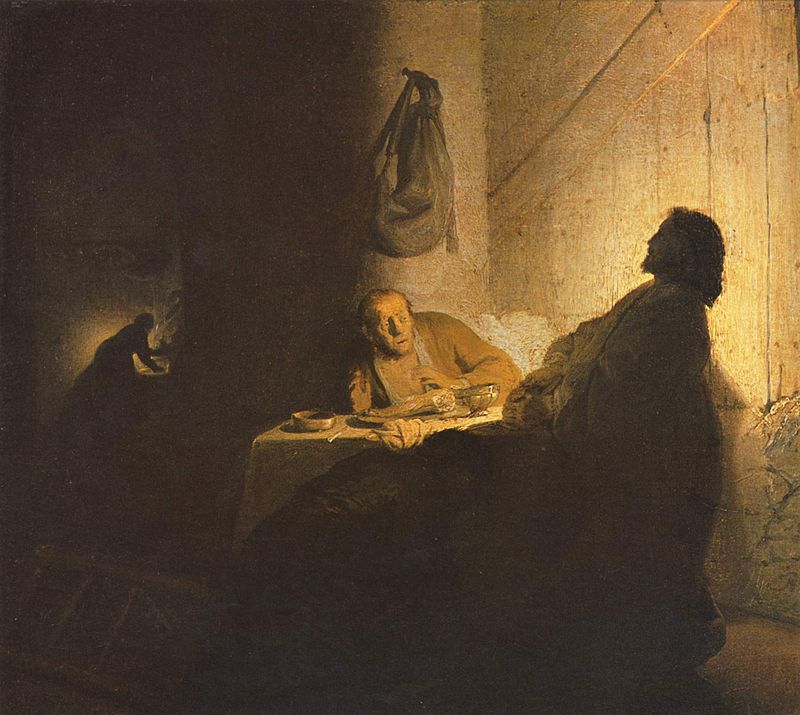 “Abides in confidence” – actually, the word is hope.  In the Greek Old Testament, which Luke cites in Acts, it’s the same word as the disciples say on the Road to Emmaus: “we had hoped he was the redeemer.”  It’s the same word Peter says in our Epistle: “through him you believe in God who raised him from the dead and gave him glory, so that your faith and hope are in God.”

We are not abandoned, because we have hope.  And yet, as Paul says in Romans, hope is not yet possession.  The other side of hope is that we do indeed feel abandoned.  The power of Psalm 16, and the joy of Easter, is not in having completely escaped death, but in knowing, in the midst of death, that Christ is our hope.

The disciples “hoped” for a redeemer who would get them out of jail free.  For that, on the Road to Emmaus, Jesus scolds them: “Oh, how foolish you are!  How slow of heart to believe all that the prophets spoke!  Was it not necessary that the Christ should suffer these things and enter into his glory!”  (Glory is another word all over this Sunday’s readings.)  We enter glory through suffering, through hope.

In our Epistle, St. Peter tells us that we were “ransomed” – redeemed, as in, “we had hoped that he would redeem Israel” – from our futile conduct.   Peter reads the resurrection in terms of our conversion, which is still in process. 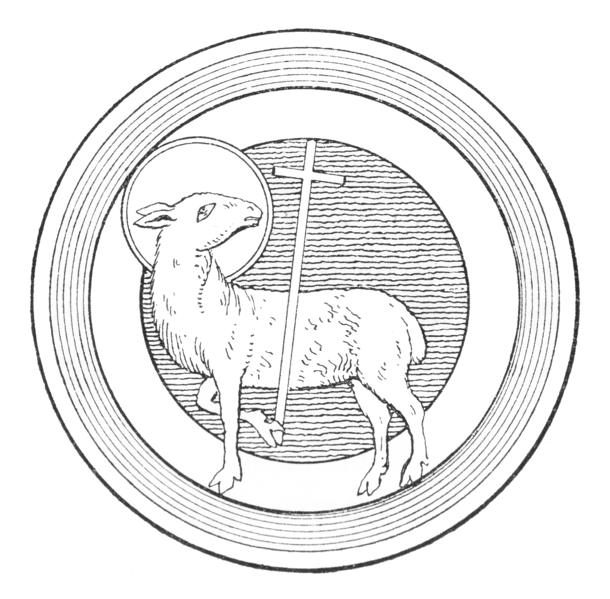 But we were redeemed not through earthly power, “not with perishable things like silver or gold,” but through our Passover lamb, “with the precious blood of Christ as of a spotless unblemished lamb.”  He redeemed us not by being a powerful conquering king, but by laying down his life on the Cross.

His Word and his Eucharist transform the disciples on the Road to Emmaus.  “Were not our hearts burning within us?”  Actually, the word is more like “kindled,” “lit on fire” – the Greek emphasizes not a fire already burning, but the beginning.

Jesus kindle, your love in me, may your Cross and Resurrection give birth to the Church, a hope of glory, in each one of us.

To what new hope is Christ calling you this Easter?