The first Sunday of Lent, we read of the Temptation in the desert – in Mark’s version, because this is the year of Mark.

But we began with the covenant with Noah, and the Lectionary has made a fantastic choice.

God makes a covenant with “you and your descendants after you and with every living creature that was with you” – the whole earth saved through man.  “Never again shall all bodily creatures be destroyed by the waters of a flood.”  And “This is the sign . . . I set my bow in the clouds.” 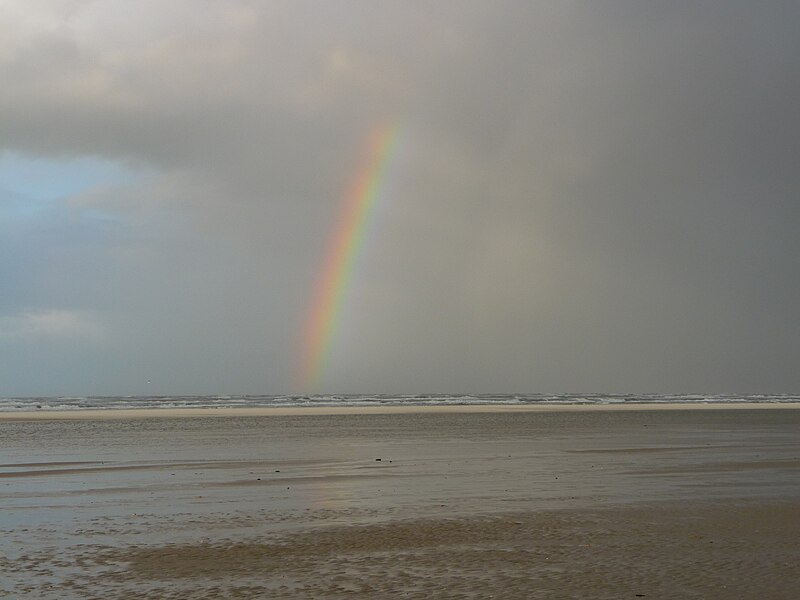 The rainbow is exquisite.  It’s called a bow because it’s a bent line – but in the Hebrew as in the English, bow is a reference to a weapon, a tool of destruction.  And it is set in the storm clouds, themselves signs of destruction and flood.  And yet the rainbow is something of fanciful, unbelievable beauty and delicacy.  (The rainbows we draw are silly.  Real rainbows are unbelievably beautiful.)  And Genesis makes it a sign, in the darkness, that God will never abandon us.

And so the rainbow is like the Crucifix, the tool of destruction now made a sign of hope, darkness turned to beauty.

Our Epistle, from First Peter, adds that Baptism, too, is a rainbow, a sign of drowning become “an appeal for a clear conscience,” just as the death of the righteous one becomes hope for the unrighteous, and his death in the flesh becomes hope for “the spirits in prison,” who dwell in darkness and the shadow of death.

Lent is Spring.  The Latin for the season is Quadragesima – just “the forty days” – but Lent is an Old English word that says that here, when winter has grown long, life is coming again.  Fasting itself is a place of renewal and joy and hope.  It is a rainbow. 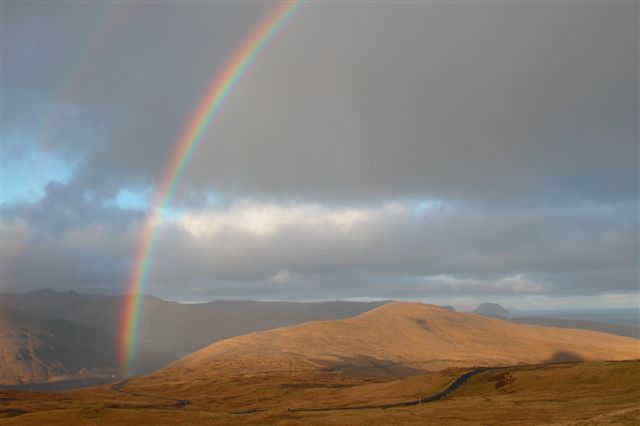 And so too is the Temptation of Christ.  Mark’s Gospel is wonderful.  Matthew gives the Temptation eleven verses, Luke give it thirteen.  Mark gives it only two verses – so that the Lectionary this year has to add a second two-verse story.  On the one hand, we just need those second two verses to make a respectable reading.  On the other hand, the genius of Mark is to move quickly enough to tie the stories together.

The Holy Spirit “throws him out into the desert.”  It is the work of the Spirit that brings us here.  And the interplay of “out” and “into” is lovely: the desert of Lent is both a going away but more deeply a going toward, and a going forward.

He is sent to be “tempted by Satan,” to face “the test,” the same word as we pray in the Our Father, “Lead us not into temptation.”  That temptation, too, is a rainbow, a fear that becomes in Christ a triumph.

Despite Mark’s compression of the Temptation account, he adds to the other two that Jesus was “among wild beasts.”  The other two have Jesus talking about Psalm 91, “You shall tread on the lion and adder; the young lion and the jackal you shall trample underfoot.”  Mark just points out that Jesus faces both physical and spiritual tests – and conquers. 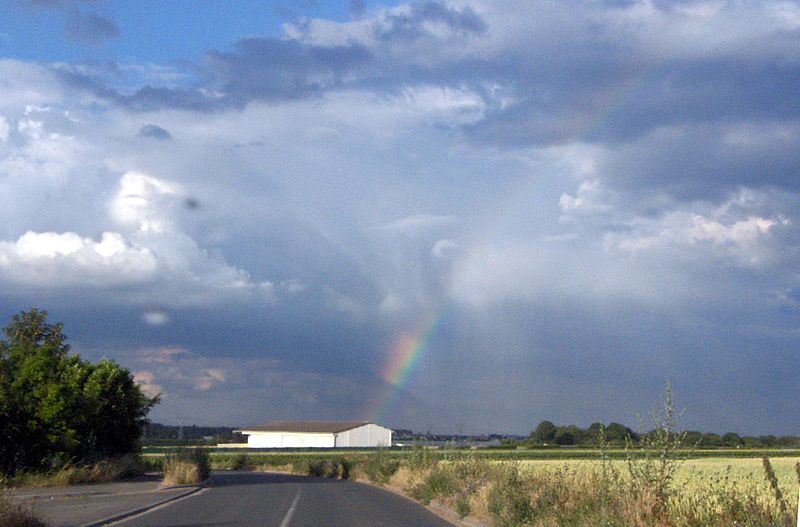 And then, “immediately” (that’s Mark’s favorite word), we’re launched into his preaching.  “John had been arrested”: another rainbow, where dark clouds seem to gather and suddenly hope emerges in the person of Christ.

He brings hope – he brings good news, “proclaiming the gospel.”  And what is the good news?  “The gospel of God” and “the kingdom of God is at hand.”  It’s not that the storms won’t come – but above the storms, we see the power and beauty and hope of God.  On the face of the Crucified shines the rainbow light of the Resurrection.

The last words of our Gospel are, “Repent, and believe in the gospel.”  Lent is repentance, and repentance itself is a rainbow.  The joy of Lent, the spring of Lent, is to know that though we must battle hard against our sins, though we must suffer for a little while, the glory of love stands on the other side.

And what a fabulous connection: “Repent, and believe in the gospel.”  The phrase is familiar enough to sound normal: one obligation, then another.  But the two halfs are opposites.  Do you believe the gospel, do you believe the good news of Jesus and the kingdom of God and the triumph of love?  Then change your ways!  Nervous about repentance?  Perhaps you need to rediscover the good news of Jesus.  You need to see the rainbow in the storm clouds.

What holds you back from true repentance this Lent?