Two weeks ago we finished the sermon of parables, about the hidden, transforming power.  Last week we interrupted our orderly reading of Matthew to get the Transfiguration, a couple chapters ahead of where it lies in Matthew’s telling of the Gospel. 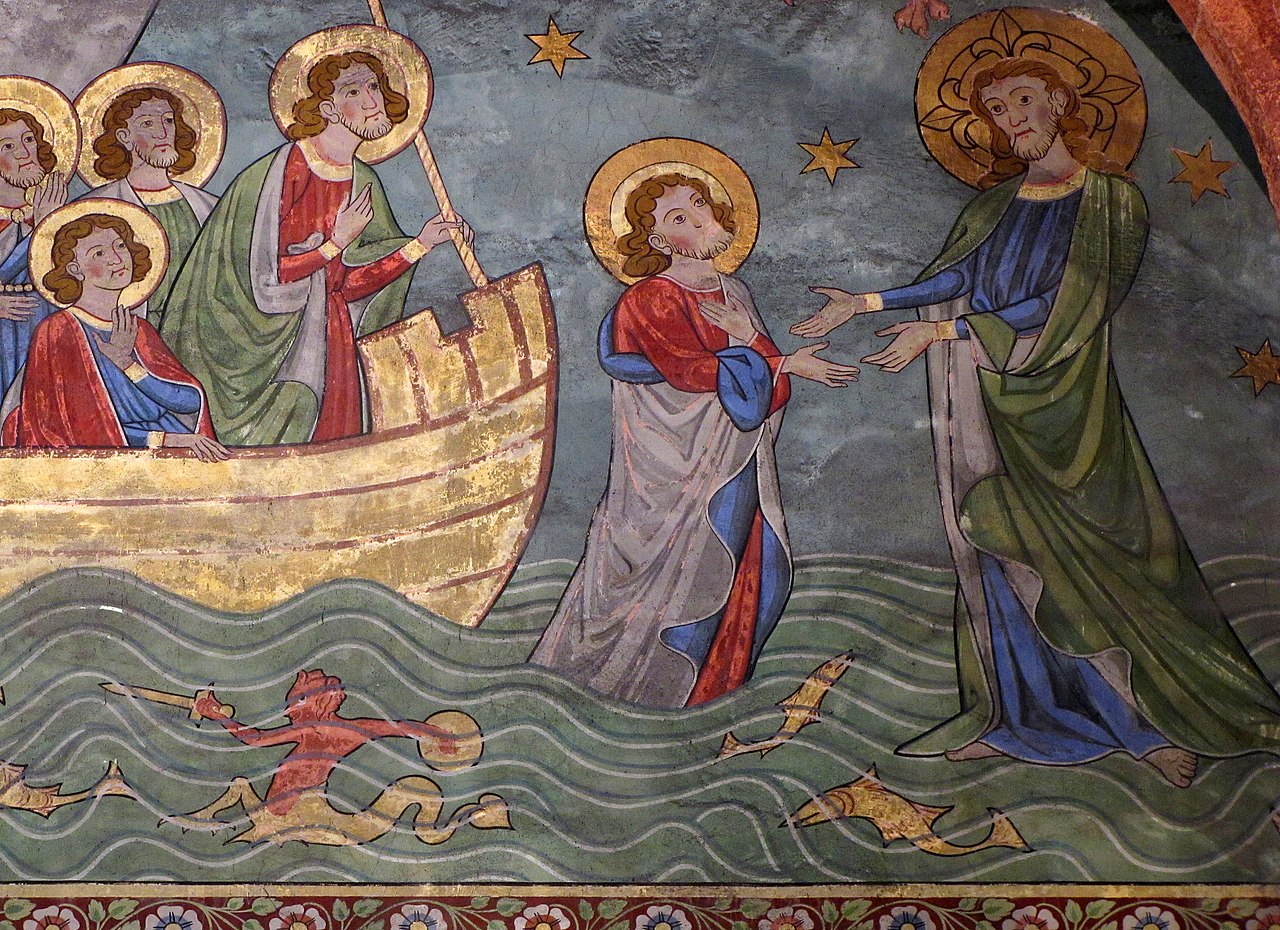 We are now in the section leading up to the fourth sermon, the sermon on Christian community.  We are discovering what that hidden power creates.

If we had not had the Transfiguration instead, last Sunday’s Gospel would have been the feeding of the five thousand.  But that Gospel begins, “when Jesus heard” – about the death of John the Baptist.  Right after the sermon of parables, Jesus is rejected by his people.  Then John is killed.  The hidden power is rejected.  And after those two stories of rejection come two stories of miracles: the five thousand, and this week, the walking on water.

The Lectionary has a lot to cover, so things get little elusions, such as “when Jesus heard.”  After five weeks in the amazing eighth chapter of Romans, we now get two weeks for Romans 9-11, where Paul discusses the situation of Israel in relation to the Gospel.  We will talk more about this teaching next week.

And that is a good way to approach this week’s Gospel, the walking on water.

Jesus has just fed the five thousand.  The apostles must be excited.  But he sends them away, to the other side of the water – and he stays behind.  They are obedient to Jesus, and that is a good thing.

We can see an image of their obedience in the difficulty of their crossing: “the boat . . . was being tossed about by the waves, for the wind was against it.”  How often does obedience to Jesus mean swimming against the tide, and being buffeted by the storm winds? 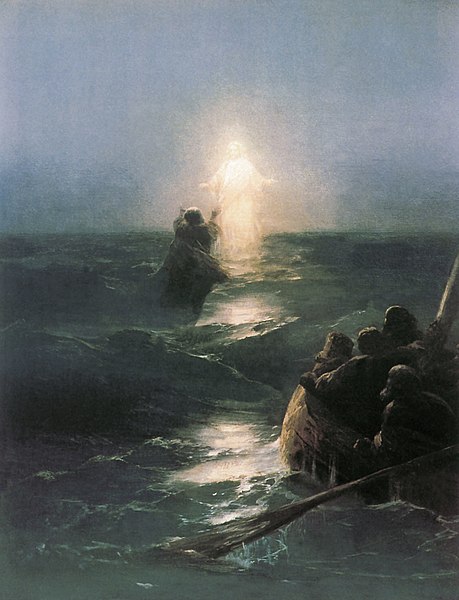 But Jesus has more.

He comes walking on the sea.  They say, “It is a ghost,” a phantasma, an appearance or apparition.  Because it couldn’t be Jesus.  He can’t do that, no one can walk on water.

They are terrified – in fact, the word means stirred up, tossed about inside, just as they are tossed on the waters outside.  What the heck is going on?

Jesus says, be not afraid (different word) for it is I.  What does he mean?

Peter says, “call me out of the boat.”  The first step is obedience.  Our translation is too strong in saying, “command me,” but Peter wants to be obedient, even in the impossible.  That is a good thing.  Funny, though, how even this obedience is on Peter’s terms.  Obedience doesn’t go quite far enough.  What Peter is doing is good, but not good enough – like the Israelites, like the religion of obedience.

“When he saw how strong the wind was he became frightened.”  The Peter stories are comic.  The boat was being by the winds about before Jesus came.  And the first thing Jesus said was (same word) “don’t be frightened.”  He shouldn’t be surprised.  But he is.

That’s the transition from Law to Gospel.  Not that we stop being obedient or stop following the Law.  But that we learn that it’s only the strength of Jesus, only the Holy Spirit, who makes us able to be perfect as he is perfect.

“O you of little faith, why did you doubt?”  The Greek is funny: “little-faith” is one word.  Later, when Jesus will talk about faith the size of a mustard seed, he also uses one word for “no-faith.”  Peter is not no-faith.  He has the faith of obedience, the faith to say, “hey, I bet I can walk on water too.”  But he needs more faith, more than obedience. 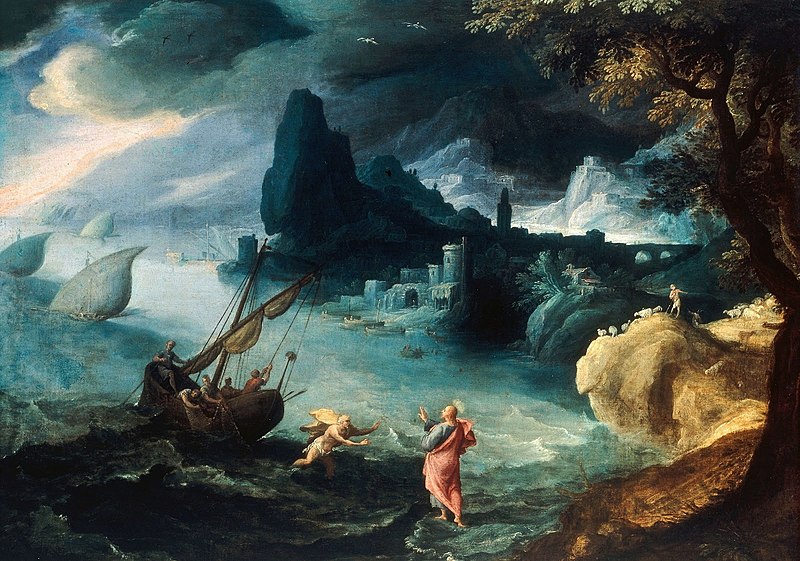 At the end of the reading, those who were in the boat say, “Truly, you are the Son of God.”  Two chapters later, Peter will make the same profession of faith, but this is the first time it is said in Matthew’s Gospel.  They know him as Son of God when they learn to cry out, “Lord, save me.”

In our Old Testament reading, Elijah sees some dramatic stuff: rock-crushing winds, earthquakes, fire.  But God is in the still, soft voice.  In fact, he is in the quiet, “crushed” voice.  Strange word.  The voice of the crucified.  The voice that speaks to those who have been crushed, and are crushed in spirit.  The intimacy that goes beyond obedience, to “Lord, save me.”

When have you discovered Jesus as Savior?