The fourth Sunday of Easter is the Good Shepherd.  Each year on this Sunday we read different sections of John 10, turning from accounts of the Resurrection in the first three Sundays to Jesus’s preaching at the Last Supper (John 14-17) in the weeks to come, and so penetrating into the meaning of Easter.

John’s Gospel is an overwhelmingly rich commentary on the other Gospels.  In Matthew 13, the disciples ask Jesus why he speaks in parables; he responds with the parable of the Sower: his word is good seed, but it needs to be received in good earth.  John 10 is a variation on the same theme.

John 9 was the man born blind.  At the end of that chapter, Jesus says he has come to open the eyes of the blind. The Pharisees, halfway understanding, ask, “Are you saying that we are blind?”  Jesus responds, “Now you say, We see. Therefore your sin remains.”

He then launches into the parable of the Good Shepherd, through all of chapter 10.  Jesus’s preaching is punctuated with the responses of the Pharisees.  Our reading includes the first response, “They did not understand what it was which He spoke to them.”  Later in the chapter they debate whether “he has a devil, and is mad.”  Later still they want to stone him.

The chapter is punctuated, too, by the Greek word ginosko, the word for “understanding” in “They did not understand his words.”  Deeper than understanding, it is knowing.  Later in the chapter Jesus says, “I know my sheep,” “I know the Father,” “The Father knows me and I know him,” “My sheep hear me, and I know them.”  And the final line of the homily is, “That you may know and believe.” 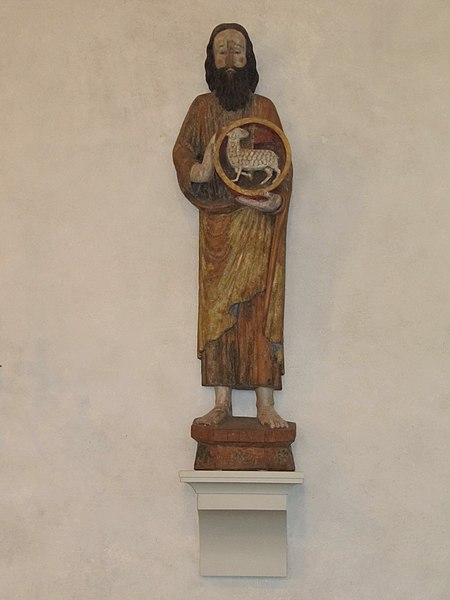 Just as the good seed takes root only in good soil, so the sheep only follow their shepherd.  And as the seed in Matthew’s Gospel is the word, what the sheep follow in John’s Gospel is the voice of the Shepherd.  But in John’s version, the sheep have a bit more intelligence.  They do not just passively receive the word, they hear it, recognize it, and follow it.

This week’s installment from First Peter ends with a line about sheep.  It may be a play on words.  The Greek for sheep literally means, “the ones who walk straight forward.”  Maybe that is part of what people mean when they say sheep are stupid: they just plod straight ahead.

Peter gives two images of sheep.  First, “You had gone astray like sheep”: they just keep wandering off in whatever direction.  But second, “You have now returned” – the Greek word is turn – “to the shepherd.”  They plod straight ahead – unless they hear the voice of their shepherd and guardian, in which case they turn to follow.  Not so stupid, as long as they have a good shepherd and they know his voice.

He warns us that there are those who would enter the sheepfold by other ways.  Jesus the Good

Shepherd wants life for his sheep, wants to lead us to pasture, but the others are thieves who want to slaughter the sheep.  Beware all that is not Jesus.  Beware Catholicisms of the Right and the Left that have something to offer you other than the love of Jesus.

This week’s reading from Acts is the end of Peter’s sermon at Pentecost, completing the reading from last week.  Our translation happens to botch the key word: “Save yourself,” it has, in the last line, “from this corrupt generation.”  But the point is precisely that we cannot save ourselves.  The Greek says, “be saved” – by Jesus.

In response to Peter’s preaching, his audience has asked, “What are we to do.”  Peter says, “Repent and be baptized.”  Repent, because the one “that God has made both Lord and Christ,” is the Jesus “whom you have crucified.”  We have gone astray.  Repent, because this world is crooked and corrupt. 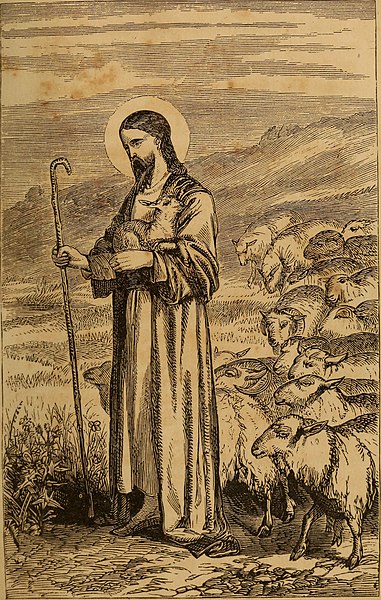 Peter offers one more metaphor.  “Christ suffered for you, leaving you an example, that you should follow in his footsteps.”  The word for “follow” is the one used several times in John 10.  Go where he leads.

The “leave you an example” is a bit abstract in the English.  In the Greek, the image is of something written in bold so that you can put tracing paper over it.  “Copy” his example, follow his voice, no matter where it leads.

How could you better get to know the voice of the Shepherd?