In this past Sunday’s readings, we entered a new section of Matthew’s Gospel.  Chapters 11-13, concluding with the sermon of parables, talk about the Church’s hidden strength.

This week we skipped to 11:25.  The beginning of that chapter talked about how the Pharisees reject both the austerity of John the Baptist and the mercy of Jesus.  Neither one fits worldly standards.

Then come woes, “For if the powerful acts which were done in you had been done in Tyre and Sidon, they would have repented long ago”: we ought to embrace the hidden strength.

And that is the set-up for the two sections of this week’s Gospel: “You have hidden these things form the wise” and “Come to me and I will give you rest.”

Our first two readings give us an idea of the kind of strength Jesus is talking about.  This year from weeks 9 to 24, our epistle is from Romans, that central articulation of the Gospel – and this week it is Romans 8, one of Scripture’s main passages on the Holy Spirit.  A great priest used to tell people who struggle with hope to memorize Romans 8.

“The Spirit of God dwells in you”: that is the first thing we need to know about this strength. 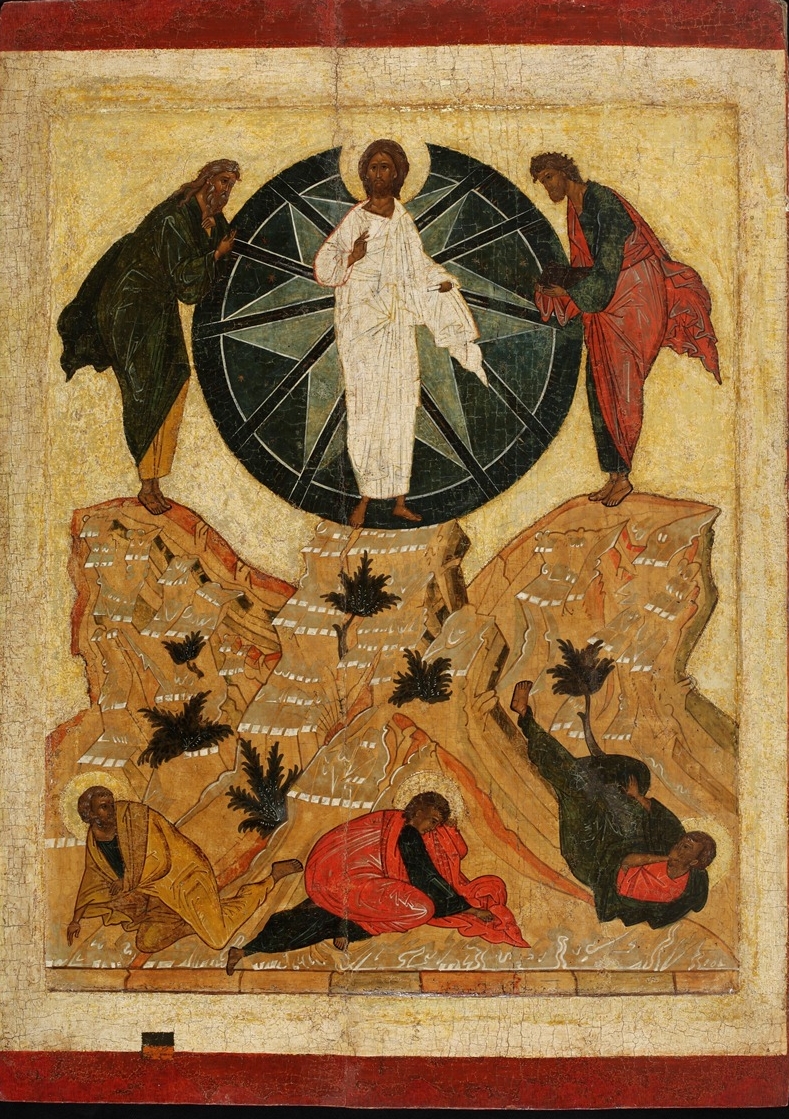 He is “the one who raised Christ from the dead”: that’s the second thing.  The Spirit is powerful – powerful enough to work not just in some flighty “spiritual” world, but in the real world where bodies die.

“By the Spirit you put to death the deeds of the body.”  Now, the Spirit who raises bodies is not anti-body.  Paul’s point is not that bodies are evil.  His point is twofold.  On the one hand, we can’t trust in bodily strength: our strength to live in the body comes from beyond the body.  The great gift of marital sexuality, for example, is a glorification of the body, but it requires spiritual strength.  It is the Spirit that raises the body, not the body itself.

On the other hand, on its own, the body falls into a whole realm of thinking that is evil.  Elsewhere Paul explains: “the works of the flesh” include not only “adultery, fornication, impurity, lustfulness” – obviously bodily sins – but also “idolatry, sorcery, hatred, fighting, jealousy, anger, rivalries, divisions, heresies,” etc.: sins not because they are in the body, but because they are based on fleshly calculations.

Our Old Testament reading gives another angle on the same teaching.  “Your king shall come to you; a just savior is he, meek, and riding on an ass,” and not even a full-grown ass, but “on a colt, the foal of an

ass.”  He will bring “peace to the nations,” but not by earthly means.

Our king rules from the Cross.  Our fleshly calculations of how to win through worldly power are all wrong.  His is a different kingdom, a kingdom of the Spirit.

Again, it is lived in the body, the Spirit conquers in the body and glorifies the body – but it is not based on bodily calculations, not measured by earthly strength.

So the first part of our Gospel says, “you have hidden these things from the wise and the learned, you have revealed them to little ones.”

The “learned” are in Greek the “put together.”  The people who have their acts together, by worldly standards – those are not the ones who know the hidden power.

Rather the “little ones,” in Greek, “the wordless ones.”  (In-fant is from roots that mean no-speech.)  We are into the theology of spiritual childhood.  One way to think of it is this: we have all our “words,” our categories, our ways of thinking – and those are not God’s ways.  But that doesn’t mean we should be stupid.  Rather, like infants, we need to learn to speak – learn the categories in which we think – from our Father.

Little children are always listening.  When we read Scripture, we learn how to speak and so how to think.  There is nothing child-like about ignoring the language of our Father.

And so he adds, “No one knows the Father except the Son.”  We can’t know him as Father until we know how to be children, to receive from him the hidden strength.  And we can’t learn that except by hiding ourselves in Jesus: in the Sacraments, in Scripture, in the Cross.

“Come to me all who labor and are burdened.”  Everything else we have read helps us read these words.

There is a yoke and a burden.  Jesus calls us to repentance, to a new way of life, to put off the deeds of the body, “For if the powerful acts which were done in you had been done in Tyre and Sidon, they would have repented long ago.”

Where are worldly calculations standing in the way of your repentance?