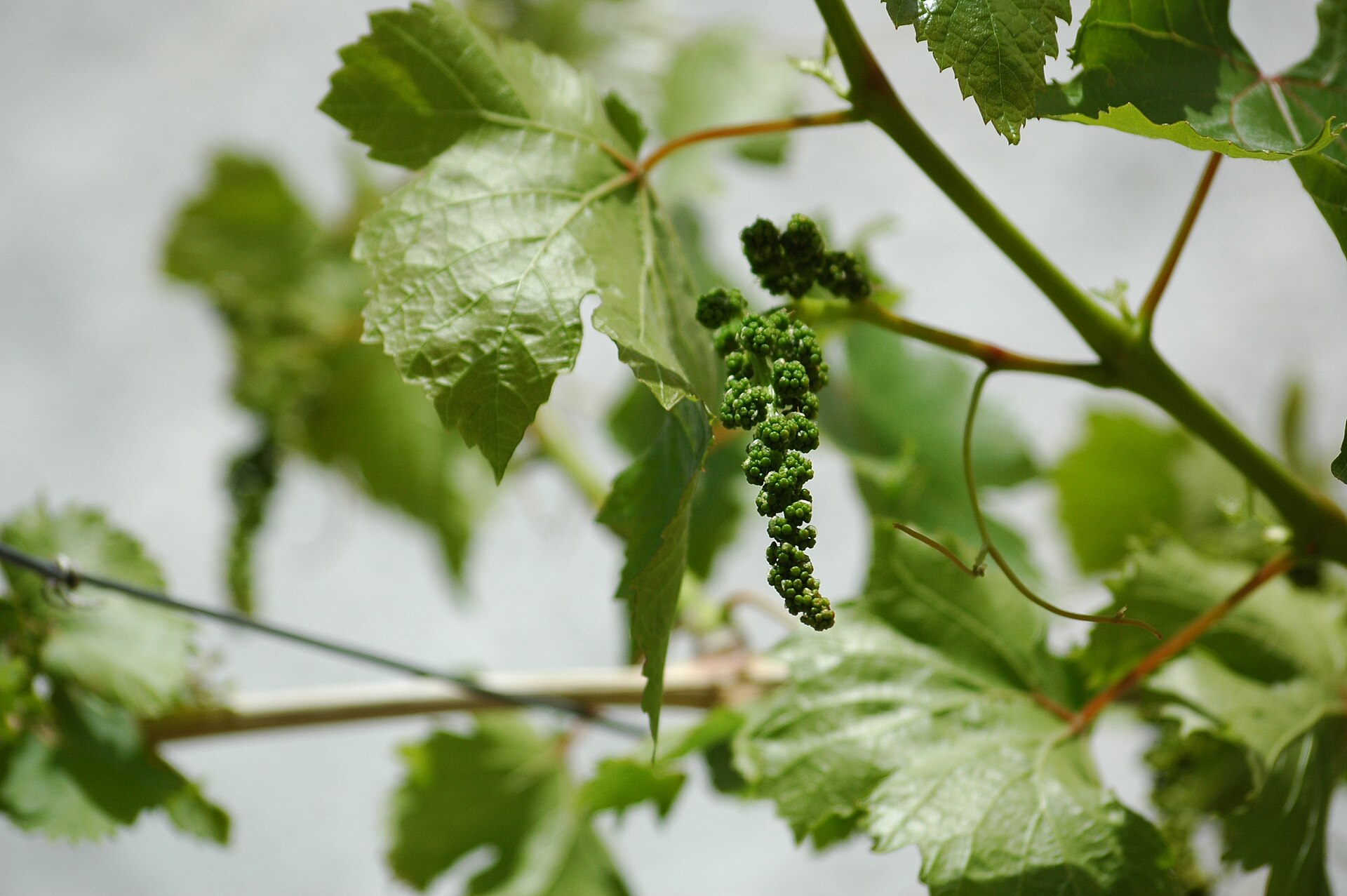 I am the vine

Jesus calls us to bear fruit.  It is tempting, then, to put aside contemplation in favor of action.  I have seen this said, for example, by both scholars and young people, about marriage: we can’t let family slow us down in our mission for the world!  And I feel the temptation to cut both my studies and my prayer short, so that I can go “make a difference.”

But our reading last week—and we could quote endlessly from the Gospels—reminds us that the power of the fruit is in the seed, which bears fruit “we know not how” and springs up far beyond what we would expect.  The key to fruitfulness is not activism, but letting Jesus work in us.

This week our Ordinary Sunday gets trumped by the Birthday of John the Baptist.  John is the ultimate missionary, the greatest of the prophets.  But in celebrating his Birthday, we celebrate God’s work in John before John worked for God. 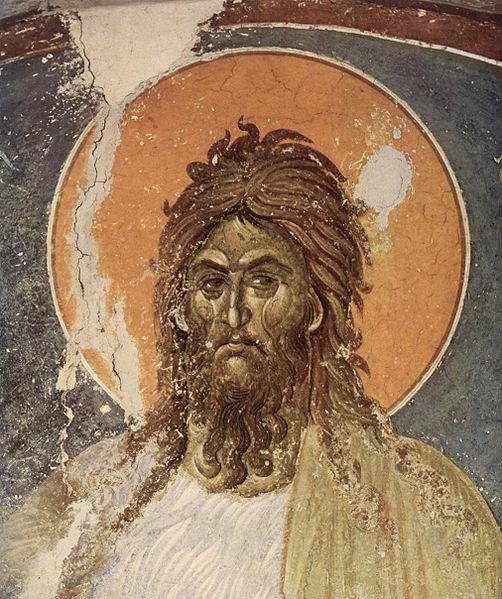 Thus our first reading, from Isaiah, a prophet like John, says first, “The LORD called me from birth,” then “He made of me a sharp-edged sword.”  The point is: He did it, my effectiveness is from Him.

And only because he is God’s work, he can reach beyond human limitations.  “It is too little, he says, for you . . . to raise up the tribes of Jacob and restore the survivors of Israel.”  Working for the salvation of the whole people of Israel would be pretty good, more than I could hope to accomplish.  But “I will make you a light to the nations”—and indeed, both Isaiah and John the Baptist have served to convert the entire world.  Only because it was God’s work, not theirs: “My God is now my strength!”

And John always points beyond himself.  Our reading from Acts reminds us that he was always herald of the King: “What do you suppose that I am?  I am not he.”  His strength comes from beyond him, and so it points beyond him.

Our Gospel, of course, is the story of John’s birth, from the first chapter of Luke.

The center of the story is the naming of John.  Yochanan or Yehochanan (whence the Greek Ioannes) is a semi-common name in the Old Testament, meaning God (YHWH) has bent down, or had mercy. 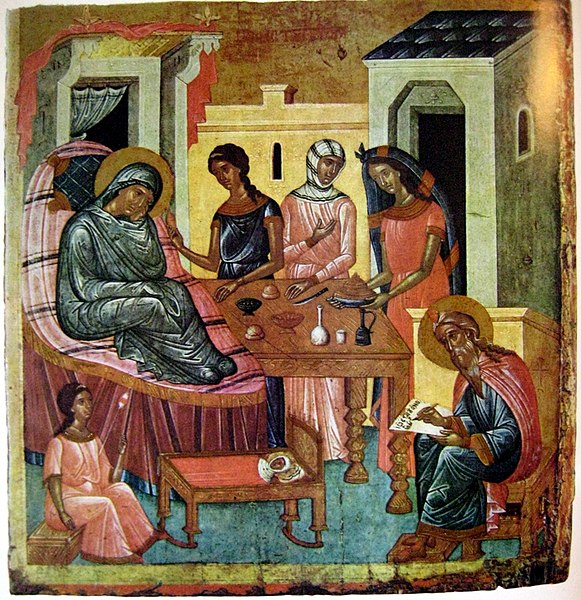 There are some nice themes.  One is relatives.  The same word is used in the earlier story when the angel tells Mary, “Your relative Elizabeth in her age old has has also conceived.”  Then in our story, “Her neighbors and relatives heard that the Lord had shown great mercy to her” (had Yochanan-ed).  And then, “None of your relatives is called by this name.”  Nature does not produce John.  God’s mercy does.  Mary and Elizabeth are deeper sisters by grace than by nature.

“The Lord had shown his great mercy toward her.”  He had “megalune-d” his mercy, just as Mary had just told Elizabeth, “My soul magnifies [megalune-s] the Lord . . . for he who is mighty has done great things [megalune-d] for me . . . And his mercy is on them that fear him, from generation to generation.”  Mary makes God great, because God has made her great.

So too Zechariah “blesses” God, because God has blessed him.  Our work is always in response to his mercy in our lives.

And, like the mustard seed, it bears fruit faster than we would think.  Here are two more echoes from what Luke has just said about Mary. 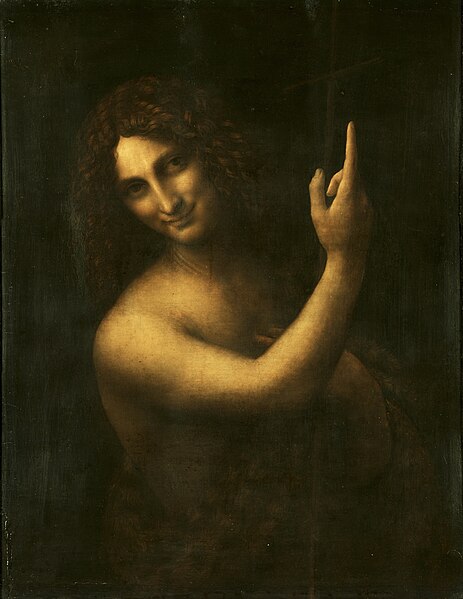 First, “Then fear came upon all their neighbors” (not their relatives?)  Now, we don’t like to talk about fear of the Lord, but the Bible does.  Mary says in her Magnificat, one of the most important prayers we have, that “His mercy is on those who fear him.”

In our context, let us just say: they realize that God is powerful.  That’s not everything, but it’s a huge thing.  Fear of the Lord means knowing that we are lost without him, and that we will be changed by him.  There’s an awful lot in modern Christianity, especially modern Catholicism, that seems to say, “He is weak and we are strong”—I heard again recently the very lame line, “We are his hands, Jesus cannot reach out without us.”  Balderdash.

He created the universe.  He doesn’t need you, you need him—and the amazing thing about our taking part in his work is that he chooses to share his life with us, to let us participate in his mercy toward others.  I am weak and he is strong!

That’s what fear of the Lord means.  That’s what Mary proclaims, and what Elizabeth’s neighbors discover in God’s mercy to her, his Yochanan, YHWH bending down to her.

Second, “All who heard these things took them to heart, saying, ‘What, then, will this child be?’”  Twice in Luke 2 we hear that Mary “treasures” the mysteries of the child Jesus in her heart.  It’s an echo, too, of Psalm 119, “Thy word I have hid within my heart.”  Here they only “place it” in their hearts—but the point is, everything begins with us pondering the unfathomable works of God.

How do we bear fruit?  Not by setting aside God or the duties he puts on us, but by letting him work his miracles in us, letting him make of us a marvel that makes people wonder what’s going on.

What miracles does God want to show to the world through his work in your heart?