Around this time of year you sometimes hear priests saying we are an “Easter People” or even a “Resurrection People.”  But what does it mean?

As far as I can tell, “Easter” is an old-English word that means little more than “Spring Festival.”  But 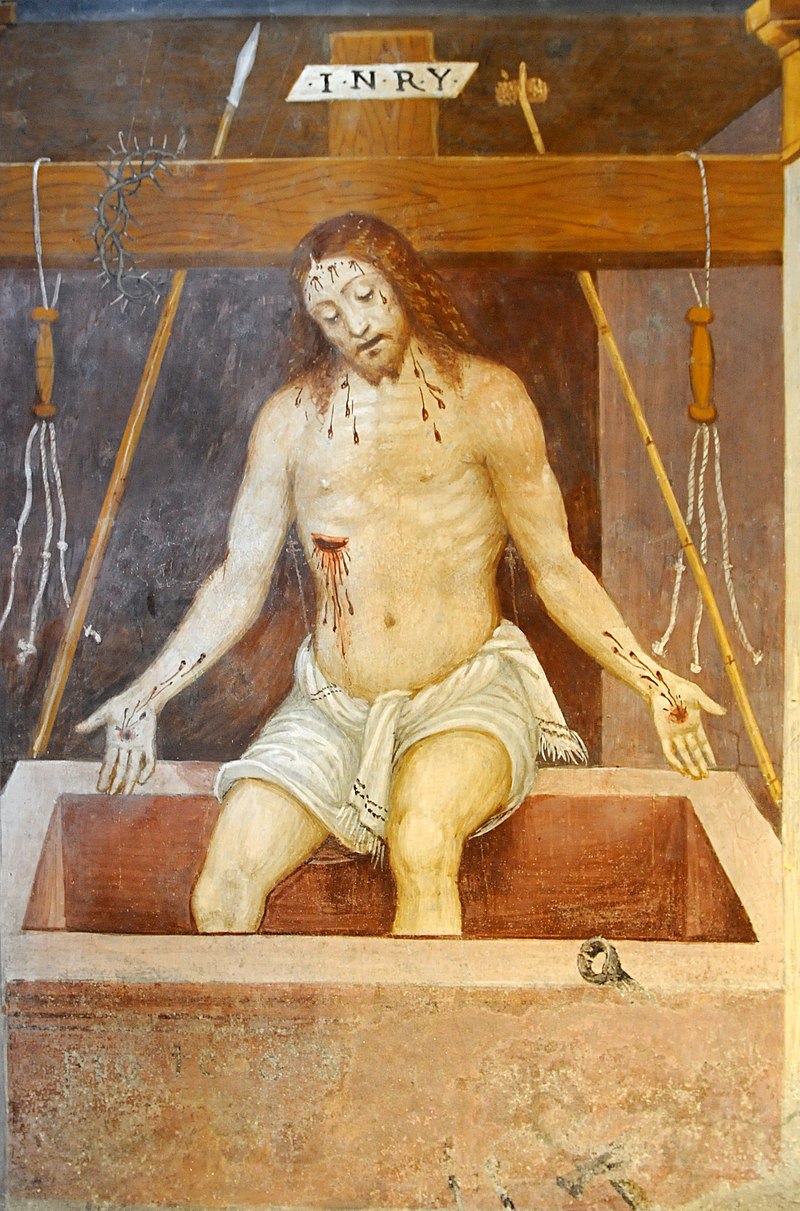 what is our Spring Festival?  Other Catholic languages use the Hebrew word Pasch, which at least ties “Easter” to the Passover and to the whole “Paschal mystery” of Christ’s death and resurrection.  Still, what is the meaning of Easter?

And what is the meaning of the Resurrection?  Perhaps I’m jaded: when I was in college, a priest used to use the non sequitur argument that we shouldn’t kneel before the Eucharist because we are a “Resurrection People.”  But the same “liberal” logic passes over to some “conservative” Catholics, where Chesterton’s famous comments about “beef and beer” sometimes seem to devolve into a kind of Catholic pseudo-orthodoxy that thinks the Incarnation means we should all make ourselves at home in the world, eat drink and be merry.

Is that what Resurrection means?  “The battle’s done,” we’re an Easter people, let’s be fat and happy and self-referential?

Now, I’m not trying to throw you into confusion about when we should celebrate the Ascension.  I’m just trying to say the Ascension and the Resurrection are not so far apart.  They are more like two parts of the same mystery.

We tend to think, perhaps, that the Resurrection is the big deal, and then later on something obscure detail gets added on – and so our “Resurrection people” focuses on a God who is sitting on the beach having a meal.  But you wouldn’t be out of line if you instead thought that Jesus ascended on Easter Day, but made appearances “through forty days” so that they would understand the truth of the Ascension. 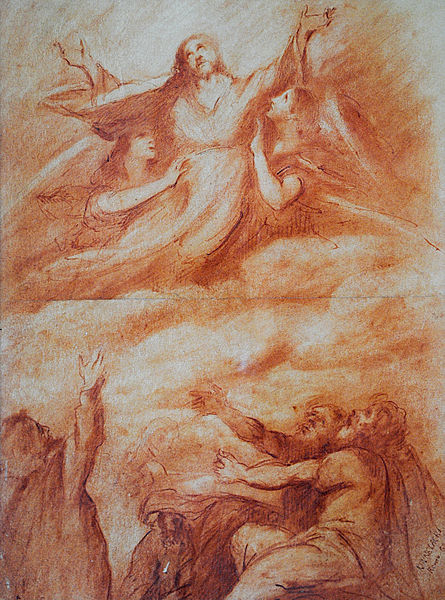 You wouldn’t be out of line if you thought of the Ascension as the main mystery, and the Resurrection and its appearances as sort of a step on the way.

The anamnesis, the important but over-looked prayer right after the Consecration of the Eucharist, ties the two together.  Eucharistic Prayer II, the shortest and so the most often used, just says “his Death and Resurrection,” but (google them if you’re interested) in EP III and the ancient EP I, the Roman Canon, the grammar gets strange as the two are tangled into one mystery.  The Ascension is not an afterthought.

A clue to the reason is in the two Prefaces for the Ascension in the Missal.  The second one (which was in the Pre-Vatican II Missal), says:

he plainly appeared to all his disciples

and was taken up to heaven in their sight,

that he might make us sharers in his divinity.”

The other one says:

“he ascended, not to distance himself from our lowly state

but that we, his members, might be confident of following

where he, our Head and Founder, has gone before.”

These prayers summarize a lot of what we have been reading from the Farewell Discourse of John’s Gospel.

The mystery of the Ascension is that our humanity is taken to heaven.  Yes, in the Resurrection our humanity conquers death.  But Jesus has a better plan than that: he wants us to share with him in the life of heaven.

We are an Ascension People. 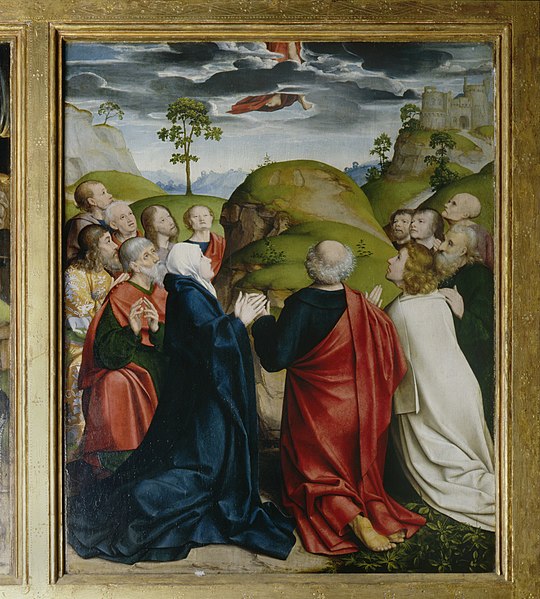 We are an Easter People.  But the Paschal Mystery, our Springtime celebration, doesn’t just mean we won and now we can party.  On one side of the Resurrection is the Cross, through which we must pass continually until we reach the glory of heaven.  And on the other side of the Resurrection is the Ascension, which calls us not to get too comfortable here on earth, but to long for heavenly things, the heavenly places that Jesus has prepared for us.

What does the Ascension mean for you?